November 13th is National Nuggets Day! You didn’t think we would skip out on celebrating this, did you? We’re celebrating by bringing back our famous vegan Chick’n nuggets and releasing a limited time Spicy Chick’n Nuggets. Join us by coming by your local Lord of the Fries on National Nuggets Day and picking up a serving of your favourite vegan nuggets at half price. Yep, you read that correctly, half price! 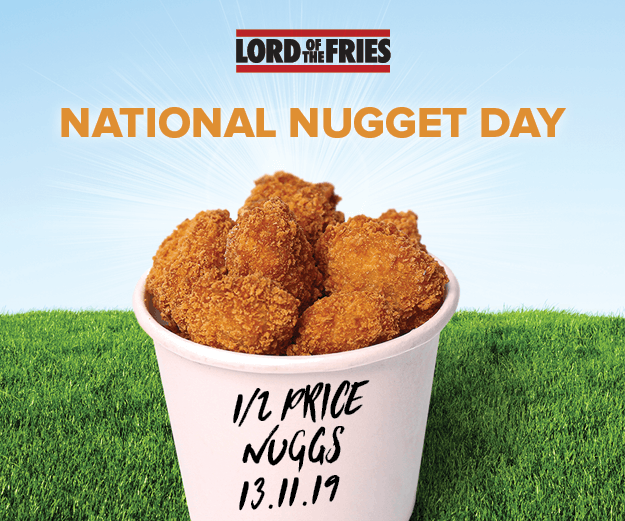 Did you know that chicken nuggets were invented in the 1950’s by a food science professor at Cornell University named Robert C Baker? Yes, chicken nuggets had to be invented, and with a lot of science and hard work involved. Baker passed away in 2006 but his technique for making chicken nuggets has changed the fast food industry and created one of the world’s most beloved snacks. Lord of the Fries then took on the challenge of creating this classic snack but making it 100% vegan. The result? Chick’n Nuggets. Crispy on the outside, juicy on the inside and seasoned with salt. They’re 100% vegan and cooked in a premium and sustainable non-GMO cottonseed and sunflower oil blend, so they’re better for you than other options when you’re craving a treat and they’re better for the environment!

Interesting, right? Well, prepare yourself for some more nuggets of information. Lord of the Fries is pleased to announce that we will be introducing new Chick’n Nuggets soon! At Lord of the Fries, our team is committed to lowering our carbon footprint and being as environmentally friendly as possible. That’s why we try to make all our products as close to home as possible, and our new Chick’n nuggets recipe means that they will be made here at home in Australia!

While we’re working on that, don’t forget that we will be serving up vegan Chick’n nuggets at half price at all Lord of the Fries stores on the 13th of November. Grab some with your favourite 100% vegan and chemical and preservative-free fries and try them with our amazing sauces. From the Australian favourite Aussie Tomato Sauce and Vinegar to something more exotic like our Indian Mango Chutney and Sour Cream, we have a favourite for everyone. Need more of a kick? Try our limited spicy nuggets! Be quick though! Only until stocks last. 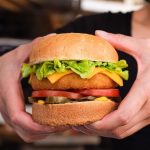