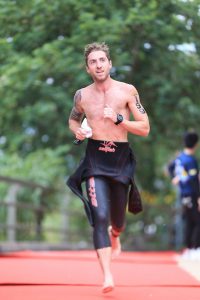 You mention you took a long hiatus from sport after playing tennis, how did you get into running and why marathons?
I semi-retired from tennis at the age of 17 and felt lost for a few years. All I did for the four years leading up to my tennis retirement was eat, breathe and sleep tennis, so it was hard to define who I was when I stopped. I went from a kid who trained ten hours a day to drinking and smoking a pack of cigarettes a day by the age of 18. When I hit my 25th birthday I realised I didn’t want the next quarter of my life to be unhealthy. So, I signed up to a marathon. I’d hardly trained but somehow, I finished it in just over three hours and it was the most painful thing I’ve ever experienced. I couldn’t walk for three weeks after the race. My mum had to bring food to my bed as I wouldn’t be able to stand up – but all the pain was nothing compared to the joy of finally setting myself a goal and finishing it.

I got hooked very quickly as I signed up to my next marathon five weeks later. After completing two marathons I got home and goggled the “hardest running races in the world” and I saw a 250km self- supported race in the Atacama desert in Chile and signed up right away. Since then, I have done over 100 races around the world.

What’s the best thing about being a North Face athlete?
The flexibility for sure, I get to pick the races I want to do and The North Face has always supported me.

Being a part of a team with great athletes like Alex Honnold and Dean Karnazes makes it a little more special.

How long into your running career before you made the switch to a plant-based diet?
After my first marathon, I would spend hours learning everything about running as it was new sport for me and I knew I needed to learn fast. I saw that plant- based diet could be used to improve recovery. It kind of made sense to me right away – I thought if there is so much energy in my body and I eat meat (which takes longer to digest) then that energy is used to digest meat rather than used for muscle recovery from the run I did in the morning. Overnight I went vegan.

Right away I could feel the benefits and I couldn’t lie to myself that I felt better, I was sleeping better, I had more energy, I was less aggressive and I was recovering faster. From that day I was 100% committed to being vegan. It’s been seven years and I’ve never looked back. After getting into the vegan community I also learnt that there is a lot more to this industry that I never knew about. At first, my motivation to go vegan was for improved recovery, now it’s all for the animals.

How do you fuel up before a big race?
I try and keep it super simple. I will keep the same breakfast and lunch most days which is usually fruit for breakfast and salad for lunch. For dinner I’ll usually have pasta with basic tomato sauce.

What’s your favourite plant-based protein?
I don’t really have one to tell you the truth and I don’t have much protein in my diet. When I went vegan all I was concerned with was healthy foods and I knew everything had a little bit of protein and I was fine. I run on average half a marathon a day every single day of the year and I race 30 – 40 races a year and I don’t take any protein supplements or look for protein in my diet. All I do is aim to eat as healthy as I can with a variety of fruits and vegetables with different colours and it has been working for me for the past seven years!

What has been your favourite running track to compete in?
I been lucky to have ran and raced all over the world – one of the favourite trails is the Pacific Crest Trail around Portland (which has some of the best vegan food in the world) as well as the trails around Yading China which is the Tibet region.

You’re fueling up after a big race and decide to stop into LOTF, what’s your order?
Usually after races is when I go all out and get as many calories as I can – my order at Lord of the Fries is always something spicy but I especially love the Beyond Meat Burger, Chick’n Burger and a Large Sweet Potato Fries. 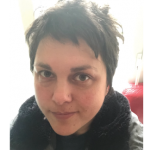