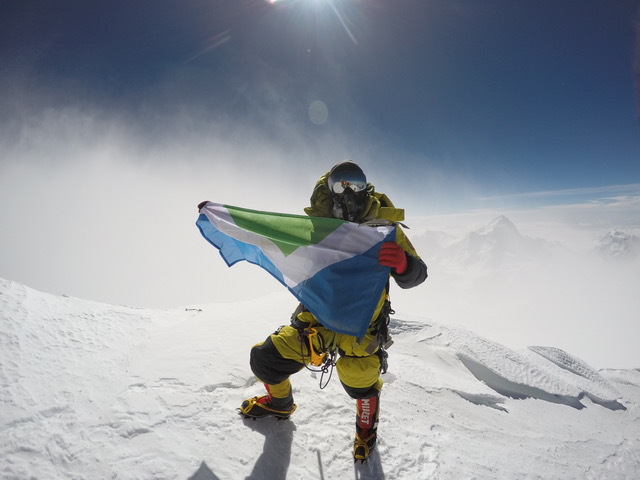 What’s your name and who are you?
My name is Dean Maher and I’m a vegan advocate/mountaineer. I’ve recently returned from the Himalayas where I became the first 100% vegan person to summit Mt Everest.

At this moment, where are you writing from?
I’m now back in Melbourne, where I’ve lived for the past seven years, but I’m originally from London.

When did you make the switch to a vegan lifestyle and what inspired you to make this change?
I’ve been vegan for almost four years now. I stopped eating meat originally after reading ‘Eating Animals’ by Jonathan Safran Foer. I was shocked at what I read and immediately watched Earthlings so I could see it for my own eyes. I then gave myself two options, either continue to eat meat and forget about calling myself an animal lover or stop and continue this title. I chose the latter.

You’ve just become the first person to reach the Mt Everest summit via the south face wearing all vegan gear. What inspired you to reach this goal? The reason I climb is solely for the animals and I try  my best to promote a vegan lifestyle in a positive way. I want to show that there really are no more excuses for harming animals and if I can summit Mt Everest without harming animals, then people can make some simple changes in their daily lives too.

How long have you been hiking and what got you into this?
I’ve been going to Nepal now every year for about five years. On my first visit I hiked the Annapurna Circuit and Base Camp and was completely mesmerised.

Every time I’ve been back, I just try to do something bigger and harder than the visit before.

Many people might believe it’s difficult to find vegan hiking gear, especially for hiking Everest! Did you find it hard to make the switch, as there may be limited options out there?
It can be tricky but there are some great options available if you know where to look. Up until recently the only summit suits (suitable for over 8,000m) available were down filled. I emailed all the companies to see if they would make a synthetic suit but was told it’s not possible. Save the Duck has now come to the rescue with the first ever synthetic summit suit, first worn by Kuntal Joisher on the summit of Lhotse in 2018. Kuntal was kind enough to supply me with some custom-made mittens made in Kathmandu that were incredibly warm for my whole summit push.

Did you have a mantra or saying that helped you stay focused?
I watched the Fiona Oakes documentary called ‘Running For Good‘ not that long ago. Whenever she is feeling tired or in pain she would remind herself that the pain she is experiencing is nothing compared to what billions of animals who are killed every year are experiencing. When it got tough, I would simply remind myself of this fact and suddenly the task would  become easier.

Why do you think it’s important to not only follow a vegan diet, but to be vegan in other aspects of your life, including clothing?
The diet is important because eating is something  most people do constantly yet causes the most harm. However, it goes beyond that, every animal product we buy from candles to leather shoes intrinsically involves the suffering of animals.

When training for this huge feat, what plant-based snacks were your go-to to keep up your energy?
It depends how much time I had. If I was short on time I would grab a couple of Clif bars and they would keep me going. When I had time, I liked to make my own.

These would consist of oats, dates, peanut butter, peanuts, dried apple and dried cranberries. During the day I’d snack on fruit and nuts.

So, you’ve just climbed Everest, what does the rest of 2019 look like for you?
Firstly, as much as I hate it, I need to rest and recover so I’ll be resting for about a month after. After that, I’m straight back into training to build up for next years challenge. I would like to climb Everest north face next year but am hoping to find some kind of sponsorship in order to continue spreading my message.

How do you hope your amazing achievements will impact others?
My dream is that hopefully I can inspire people to question their habits and make some steps towards a vegan lifestyle. Going fully vegan overnight is obviously the ideal outcome, but even if people begin to make small changes in that direction, that would be great. I hope that me climbing to the top of the world with no animal products whatsoever proves that it’s completely unnecessary to keep harming these innocent, vulnerable animals in our day-to-day lives.

It seems like you’re always striving to do more! When you have a moment to yourself, what do you like to do to unwind?
Unwind, what’s that?! This past year there’s been very little of that in between working, training, cooking, etc. I guess my favourite thing to do is simply hang out with my mates. I’ve had to make quite a few sacrifices over the past year and have missed out on a few events so I’m very much enjoying my downtime and being able to spend time with them.

You’re been training all day and are craving a fry- feed, so you stop by LOTF, what do you order?
I’ve actually done this so many times on my way back from training on the weekends. It’s almost always an Original Beyond Burger, Sweet Potato Fries and a side of Nuggets! They’re absolutely delicious! 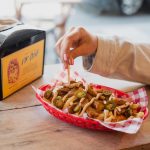 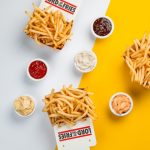